The Andemento is the latin term for the traditional flow or movement of the teserrae which have been used for millennia as the different styles in mosaic design, this is called The Opus. These differing styles provide very different movement and work better from one context to another. These also require different skills, some more difficult than others, the flowing is a summary:

Vemiculatum is the Latin for Worm-like. This is the form that has the most flow and expression. Initially the tesserae are laid along the edge of the foreground image, framing the image. From this you repeat the rows outwards, try not to get the gaps to line up, but rather staggered.

This is a labour intensive process as the sides of tesserae need to be cut to allow for a nice curve and flow. Using straight tesserae will give keystone shaped grout lines.

This is the classical style which is seen in many of the famous Roman mosaics. To achieve Classicum, Tesselatum is used in the background and Vermiculatum is used in the foreground and as a froame for the image. This technique gives very clearly defined edges. Use different colours and or textures to extenuate the contrast even more .

Palladianum is a modern looking style, you might know it by its common name of “Crazy paving”

To do it well is rather labour intensive. This entails cutting each piece to form a regular gap which will provide a parallel grout line.

The foreground can be Palladianum or any other form.

This technique is used extensively in Islamic tile design where it is known as ‘Zillij’. The tiles, usually larger glazed ceramic tiles are cut into shapes that describe the form. This usually has a great effect on the tile size to design scale, requiring relatively larger tiles.

The technique is closely allied to marquetry which uses exotic hardwoods.

Opus musivum – “work of the muses” originally referred to glass paste mosaic work on walls or vaults. Today it is recognized when the opus vermiculatum is extended out so that the entire area is filled becoming opus musivum. 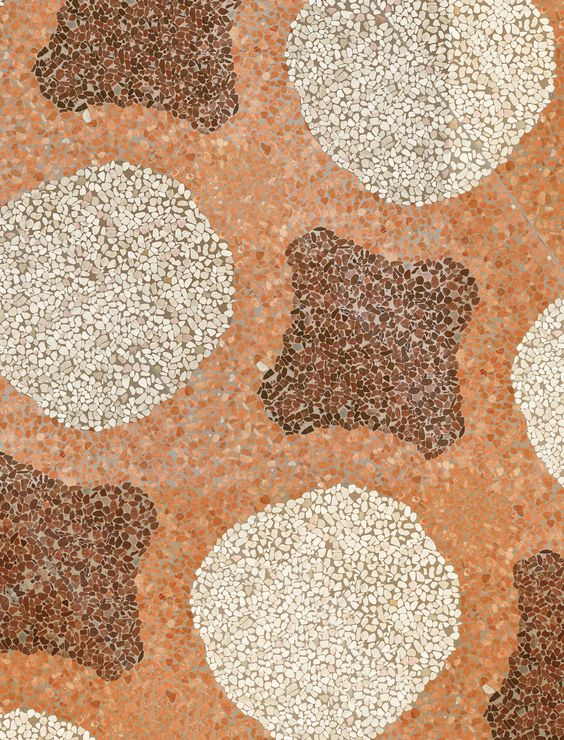 Mosaic consisting of small pebbles of many natural colors, one of the first types of paving. 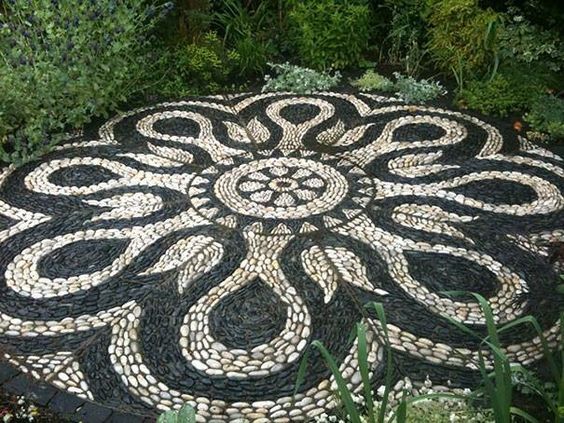 Similar to opus signinum, made of clay powder and limebut with the random insertion of sections of marble or stone of various types,size, shapes and colors. These pieces are then tamped down & leveled.

Opus signinum -an ancient form of paving based on layers of mortar made from clay powder andlime (cocciopesto). Black or white cubic tesserae were inserted in the surface forming simple geometrical patterns. 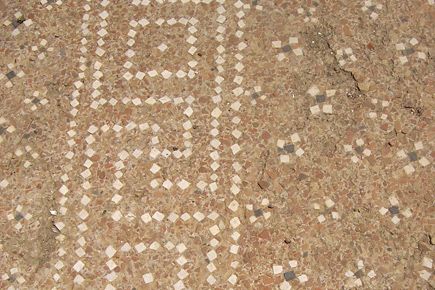 Mosaic where all tesserae are cut and laid uniformly 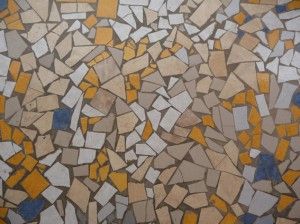